It is perhaps a cliché these days – to be young and into street art. But clichés are clichés for a reason, and there is something in the writing on the wall that speaks to the restless soul in me. Throughout my travels, away from the over crowded attractions I’d visited through a thousand postcards, I was drawn to discrete alleys and chipped walls, drawn to the transience and art of the city: the myriad of quirky and queer murals that adorn walls the world over.

From the infamous haunts of Berlin and East London to Italian underpasses and Morocco’s sandy shores, street art was everywhere – you just had to find it. It was the search that appealed, the short-term nature of graffiti combining with the human desire to capture and categorise. So search I did.

Some of the better-known artists, like 1UP and C215, seemed to have foreshadowed my movements and I found pieces by them nearly everywhere I went. Their prolific work is a testament to the devotion street art engenders amongst those caught up in its relentless momentum.

It is a race at times: a race to find a new spot, to get the piece out and get out; the illegality of much of the work adding an extra element of respect for these pioneers tasked with rendering the city vivid.

It was a cold London morning in an empty lot in Shoreditch when I stumbled across the guys above at work. They were friendly enough, but guarded: this was a hobby with risks beyond football or ping-pong and my camera had their hackles up. Once I was identified as a fellow enthusiast they were relaxed and remarkably nonplussed about the short-term nature of their work. “Just a nice morning for some spraying, you know?” 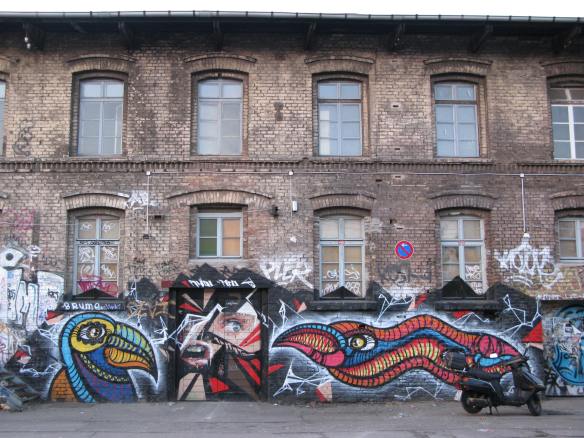 Whatever your position on the criminal nature of street art, it has come roaring into prominence over the last few years and high profile artists like the infamous Banksy now garner adoring attention from mainstream media. Street art is here to stay, a welcome panacea to the plague of concrete construction that threatens at times to render us blank too. As De Botton points out in ‘The Architecture of Happiness’, we are coloured by our surroundings: they remind us who we are, and who we can be.

Perhaps this is why street art seems to share similar characteristics. Amidst the noise of individual quirks and stylistic renderings lies its true character: inherently reactionary, an answer to the unasked questions of city life. A looming wall in Copenhagen boldly declares: “ONE MAN’S TRASH, ANOTHER MAN’S TREASURE”. In the rushing anonymity of the city these unknown artists turn trash to treasure, and colour our quotidian with their bizarre quirks. They might not be as explicit as Grayson Perry when he tells us to “hold [our] idols lightly” but the message is the same.

What follows is a selection of my favourite images. They aren’t necessarily the biggest, best or most famous – just the images that spoke to me and seemed to reflect the possibilities inherent in the disparate cities they populated. Like the sculptures of old, they serve as testaments to our diversity and colour. 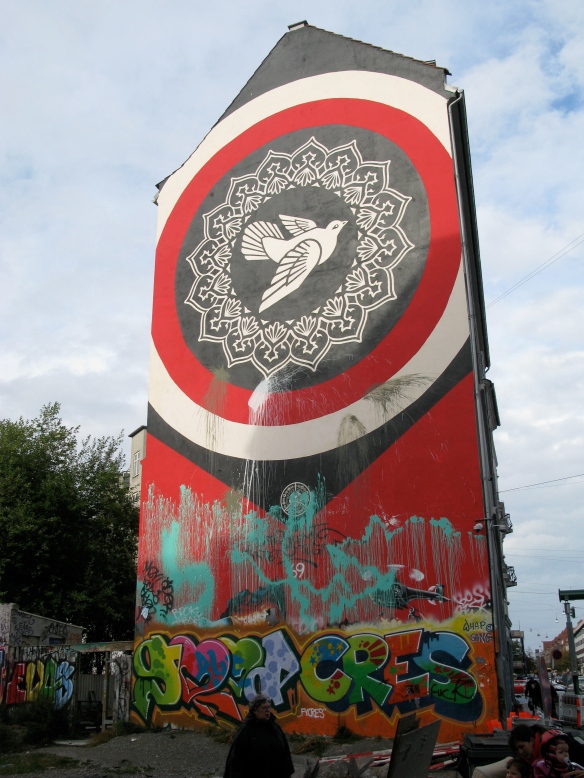 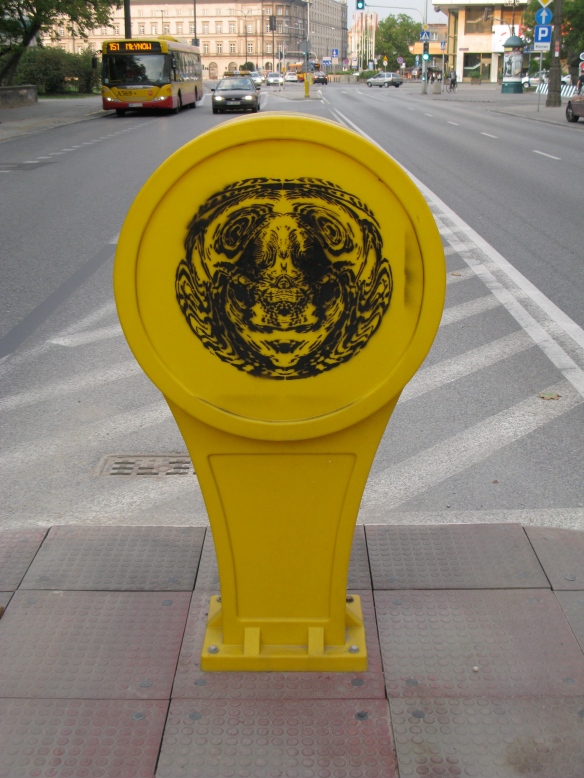 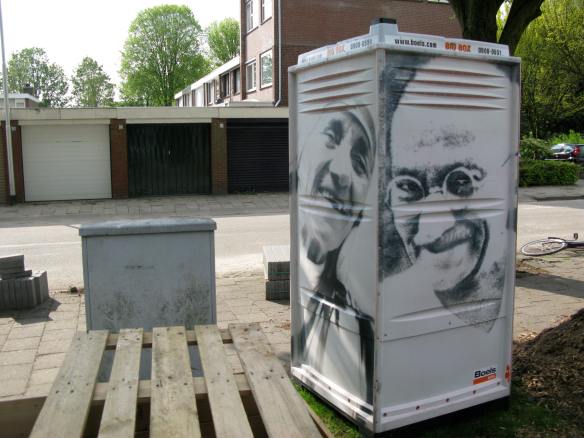 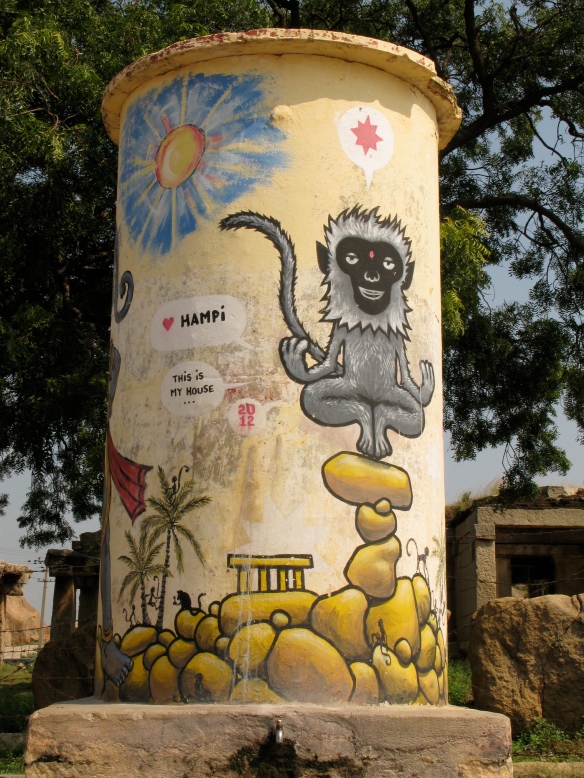 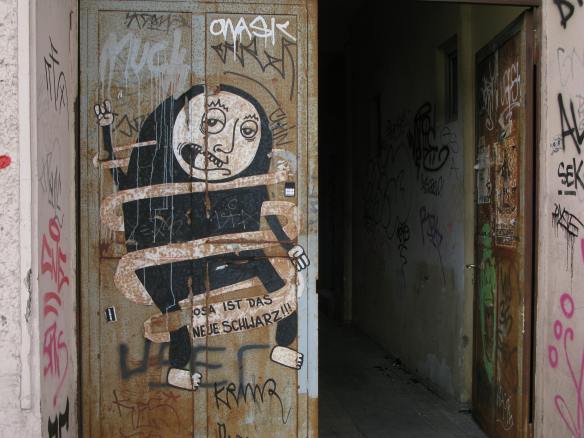 1 thought on “On Street Art; or Colouring the Concrete Crazy.”