I’m not sure how you picture an exchange, if you’ve never been on one. I’m not even sure that I had a picture in my mind when I upped and left Auckland at the end of last year. The Exchange Office’s propaganda promised “international experiences” and “new friends;” and the walls in their office were crowded with pictures of people in exotic locales smiling maniacally for the camera.

At the final meeting there were murmurings that things mightn’t all be roses and sunshine, and that we should prepare for “culture shock” – but I paid them little heed. I’d been overseas before and knew what was to come, more or less: crazy nights, hot girls and little responsibility getting in the way.

END_OF_DOCUMENT_TOKEN_TO_BE_REPLACED

Going on exchange is good for a whole host of reasons, including the significant amount of free time you find yourself confronted with. Being an avid tripper and having chosen to study in Holland (for obvious reasons) it seemed only natural to combine their readily available hallucinogens with a spot of sightseeing. 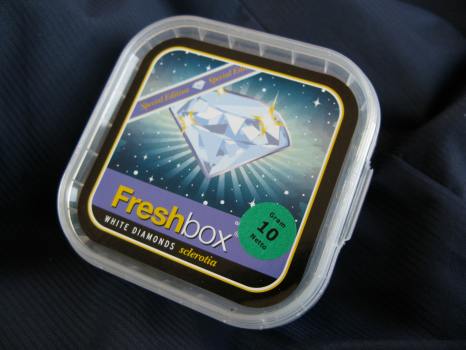 So there we were: my ever-keen friend Redbeard and I, chewing a handful of psychedelic truffles (White Diamonds – for the experienced tripper) as the bus left Tilburg. Our destination was Efteling: a fairytale inspired theme park nestled amid the green pastures of southern Holland. Notoriously zany, it seemed like the perfect place to combine the euphoria and other-worldliness of truffles with all the adrenaline of roller coasters.

How wrong we were.

END_OF_DOCUMENT_TOKEN_TO_BE_REPLACED

Dawn of the Apocalypse; Werchter, Belgium.

My final days in Holland arrived with the relentless speed of a Dutch train. Like everyone else I was caught, swept up in the temporal momentum and chaos of exams, last minute guests and goodbyes. What had I taken from this time? Would I ever be back to this cycle-mad place? Answers fell by the wayside as the days slipped away and then I was off for one last bike to the station, sweating under the heat of a continental sun and the sum total of my possessions.

END_OF_DOCUMENT_TOKEN_TO_BE_REPLACED

There are many things that the Netherlands is well known for: gouda, windmills, dikes; being as flat as the pancakes the Dutch claim to have invented; having the tallest people in the world; canals, clogs, tulips and many other things beside. But there is really only one thing that they are infamous for, and that is their historically liberal approach to the so-called “soft drugs.”

This is particularly prevalent in Amsterdam where the heady smell of marijuana wafts above the canals, and coffeeshops lurk on every corner. Their range is impressive, and a testament to the innovation that occurs outside the shadow of prohibition. It is all here: White widow, Jack Herrerr, Bio Shiva, Lemon Haze, Santa Maria, Blue Cheese, Bubble special, Buddha Kush, AK-47, Purple Afghani – the list goes on.

The stigma against smoking must be more entrenched than I realise and it feels strange to suddenly be allowed to blaze one in public. And not just in public, in a shop specifically catering to your vice, where you can sit in relative peace in the company of strangers doing the same thing.

END_OF_DOCUMENT_TOKEN_TO_BE_REPLACED

It’s funny thing, chance. What could have been the human equivalent of two ships passing in the night insidiously creeps into something much more: a global series of encounters, often occurring with little other planning than a casual “see you.. around” – be it a few hours, days, or months later.

So here I am – a million miles from the mountain oasis of Pai, cultural light years from sweaty Khao San road, and a few train trips from a frozen Amsterdam – sitting on the train out of Dusseldorf, trying to piece together exactly how I got here.

It always strikes me how much of a role circumstance plays in romantic encounters. Despite our human tendency to claim control over the world, it is often just as much a product of time and place as it is anything else.

END_OF_DOCUMENT_TOKEN_TO_BE_REPLACED

The snow that enveloped the city over those first few frigid weeks eventually dissipated, but not without claiming a few victims in the process. I saw one old man’s bike slip out on the ice, and he smacked ungracefully into the pavement. The Dutch are a resilient lot and before I could offer help he had dusted the snow off his blazer and was back on his way, wobbling gingerly through the cold.

Frozen canals melted and the tulip bulbs tentatively poked their heads above ground. The arrival of spring was tangible and the first few sunny days saw a marked change in the attitude of the town. The locals discarded their winter depression in celebratory fashion, thronging the cafes and bars fortunate enough to catch the evening sun.

The shift in the weather was accompanied by a myriad of other changes. I became familiar with the tiny Albert Hein aisles, the rules of the bike lane and the nuances of bar service (“Mag ik twee biertjes alstublieft?”). I went to class, most of the time, and began to form some tentative friendships with my fellow internationals.

END_OF_DOCUMENT_TOKEN_TO_BE_REPLACED

It felt like I had got off in the wrong town. It was quarter past eight on a Wednesday morning and the parking lot outside Utrecht Centraal was eerily quiet. The air was cold and grey snow huddled in the corners, seeking refuge from a brisk wind.

Perhaps it was the wintery conditions, or the fact that the station was undergoing some large-scale reconstruction, but this certainly wasn’t the Holland I had been expecting. Where were the tulips, the canals, the historical buildings?

Winter is a bleak time anywhere, and first impressions can be hard to shake.